“Nationalism is a truth, unity of the human race is also a truth and only the
harmony of these two truths can bring the highest good of humanity.” – Sri Aurobindo 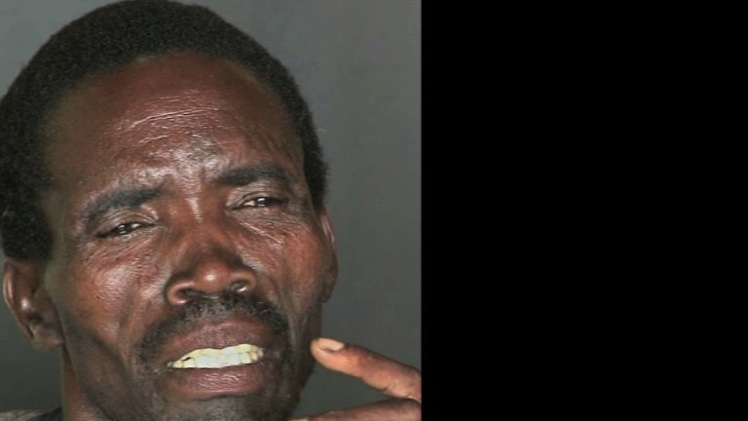 Play
6 Billion Others - Rwanda, Stories of a Genocide
by: Yann Arthus Bertrand
|
01hr : 05mins
|
About
Play
Fullscreen
6 Billion Others - Rwanda, Stories of a Genocide | 01hr : 05mins
Director: Yann Arthus Bertrand | Producer: GoodPlanet Foundation
Genre: Documentary | Produced In: 2009 | Story Teller's Country: FR
Tags: festival special, africa, rwanda, world, war, conflict, violence, human rights, race, france, europe, mature
Synopsis:
The aim of the “6 Billion Others” project is to draw a sensitive and human portrait highlighting the universal and the particular in each individual. The questions we have retained are those common to all humanity since the dawn of time, about happiness, family, experiences, and the meaning of life…. Each individual portrait bears some resemblance to us. Thought-provoking and moving, they induce self-questioning. We went to 75 different countries for this project. Even if the purpose of this project is to mix cultures, after traveling in Rwanda, we realized we must do a special film with those testimonies to tell: a story of a genocide.

Send Funds to This Film-Project/Team? 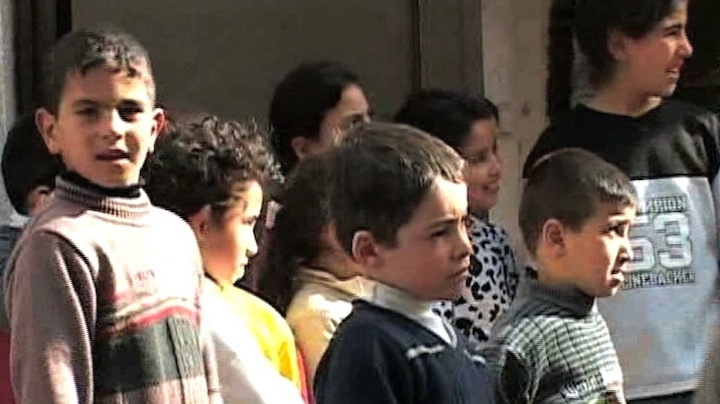 The Exchange
By: Frederic Demolder/Marc Temmerman | BE

A moving look at the activities of the "Music Fund Association", an initiative that strives to provide children in the Palestinian territories and Israel with musical instruments and education. In the heart of this association several hardworking and underpaid teachers have committed themselves to helping young people realize dreams of self-improvement. Using the classical music of various cultures they strive to elevate their students, if only for a moment, above the trauma and tragedy of their daily lives. This struggle is complicated not only by political hindrances but also the lack of viable means of support. The film attempts to show the entire process, which often produces remarkable results due to the strength of the personalities involved. 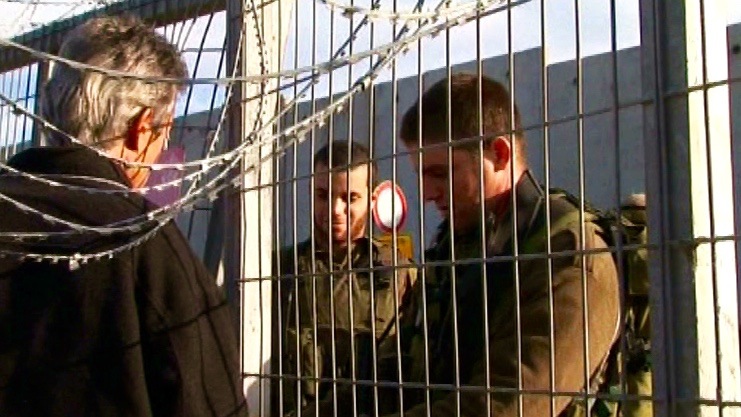 We Refuse to Be Enemies
By: Angelika Reicherter | DE

Forty people from Israel, the USA, Germany, and Switzerland went on a pilgrimage through Israel and the West Bank. They connected spiritual and political work and tried to heal their "inner war" so that the outer war can heal too. 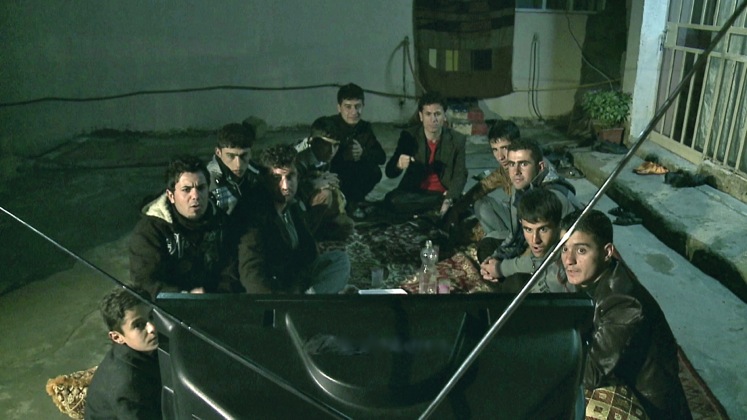 The story of this film is about the lives of 6 individuals from two different regions of one country. Their stories entail the genocides and unfortunate incidents that occurred to the Kurdish nation in Iraq, but what brings them together is football fields. Even though these individuals have been through very difficult situations, they still love life and football is a big part of their lives. The film tells the story of the youth of two villages where the football field of their village is the only peaceful space in their life. One player is a border smuggler, another one is a border control officer, and another one is a martyr who is the symbol of sports in his area. This film is the story of Kurdish youth, and how, after the genocide, they want to live and play again. 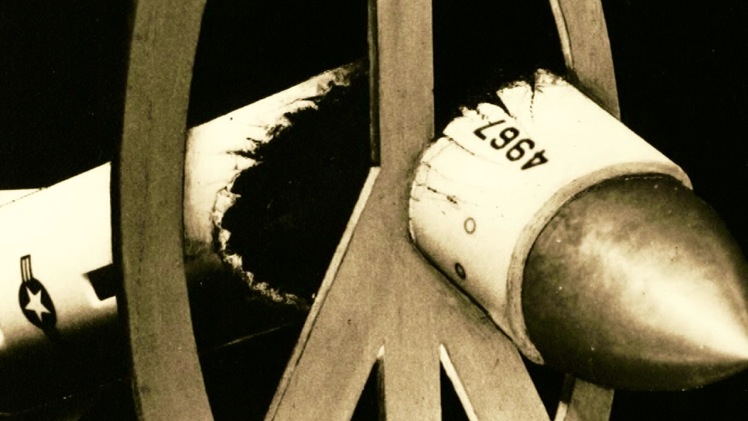 A story about the biggest weapons of mass destruction ever created, the people who use them, and more importantly, the people who fight them. "Beating the Bomb" charts the history of the British peace movement against the backdrop of the atomic age. The film also frames the nuclear weapons issue within the wider context of global justice and is a tribute to peace campaigners across the globe. 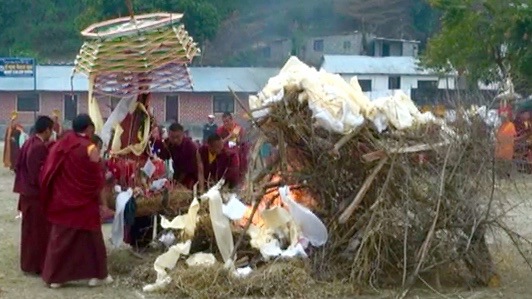 NxLosar: Tibet told through the celebration of Losar, the Tibetan New Year. In 2012, this event is no longer celebrated. So the Tibetans want to denounce to the world the danger of extinction of their people and also of their culture because of the oppression by China. The celebration takes place in Nepal. Tibetan refugees remember the tradition of Losar that was and is no longer: horseracing, dances and sacred ceremonies. In the documentary, the Losar tradition is captured at the moment of change between past and present, tradition and modernization—at the moment in which Tibetan culture fights to keep its own cultural autonomy even without a homeland. 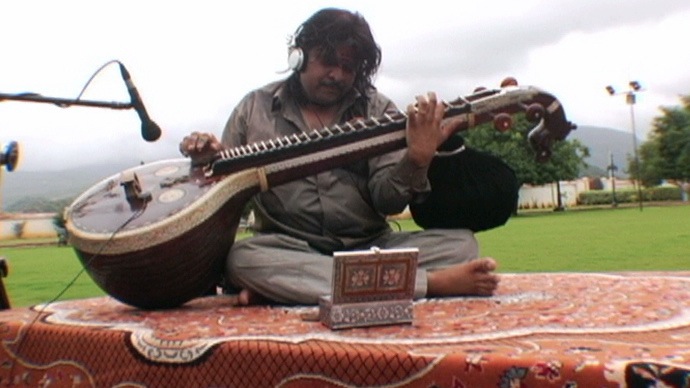 Playing For Change: Peace Through Music
By: Mark Johnson and Jonathan | US

"Playing for Change: Peace Through Music" is a feature length documentary that tells a story of an unparalleled international collaboration, and the remarkable power of music to unite us all as a human race. Through the process of making this film we traveled around the world and discovered that music opens the door to a place where we can celebrate our differences and still connect our hearts. The idea for this project arose from a common belief that music has the power to break down boundaries and overcome distances between people. No matter whether people come from different geographic, political, economic, spiritual or ideological backgrounds, music had the universal power to transcend and unite us as one human race. And with this truth firmly fixed in our minds, we set out to share it with the world. We built a mobile recording studio equipped with all the same equipment used in the best studios, and traveled to wherever the music took us. As technology changed, our power demands were downsized from golf cart batteries to car batteries, and finally to laptops. Similarly, the quality with which we were able to film and document the project was gradually upgraded from a variety of formats- each the best we could attain at the time- finally to full HD. One thing that never changed throughout the process was our commitment to create an environment for the musicians in which they could create freely and that placed no barriers between them and those who would eventually experience their music. By leading with that energy and intent everywhere we traveled, we were given access to musicians and locations that are usually inaccessible. In this respect, the inspiration that originally set us on this path became a co-creator of the project along with us. -Mark Johnson, Director 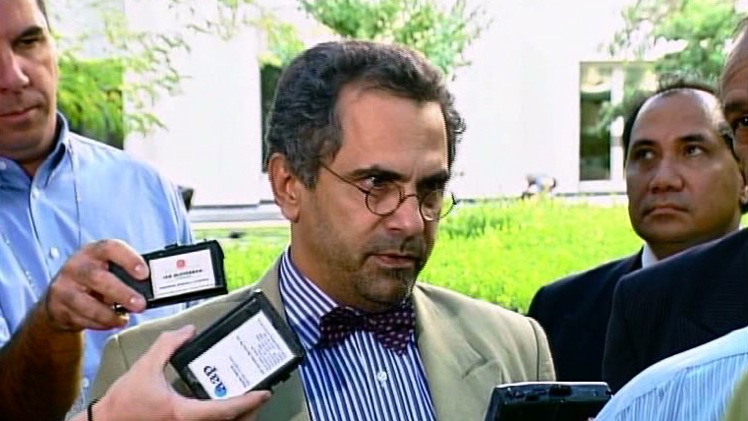 The Diplomat
By: Tom Zubrycki | AU

"The Diplomat" follows East Timor's freedom fighter and Nobel Peace Prize winner José Ramos Horta in the final tumultuous year of his campaign to secure independence for his country. The former Portuguese colony was invaded by Indonesia in 1975. Exiled soon after, José Ramos Horta exchanged his gun for the suit and tie of a diplomat. He spent 24 years as a roving ambassador, fighting to ensure the world did not forget East Timor's desire for freedom. His is a life driven not by personal political ambition but by the debt of blood he owes to fellow Timorese who have died in the conflict, including two brothers and a sister. "The Diplomat" takes up Ramos Horta's story in the final dramatic stages of his long journey - the fall of Indonesia's President Suharto, the referendum to determine East Timor's future, the overwhelming vote for independence, the devastating carnage that ensued, the intervention of United Nations peacekeepers, and Ramos Horta's final triumphant return to his homeland. José Ramos Horta allowed the film-makers extraordinary access to his public and personal life. The film reveals his strengths and weaknesses, his moments of doubt and frustration, his anger and disappointment, his elation and triumph, his charm and his dry humour. Ramos Horta emerges as a tenacious and beguiling character whose role as a diplomat and peacemaker was crucial to achieving independence for his country. 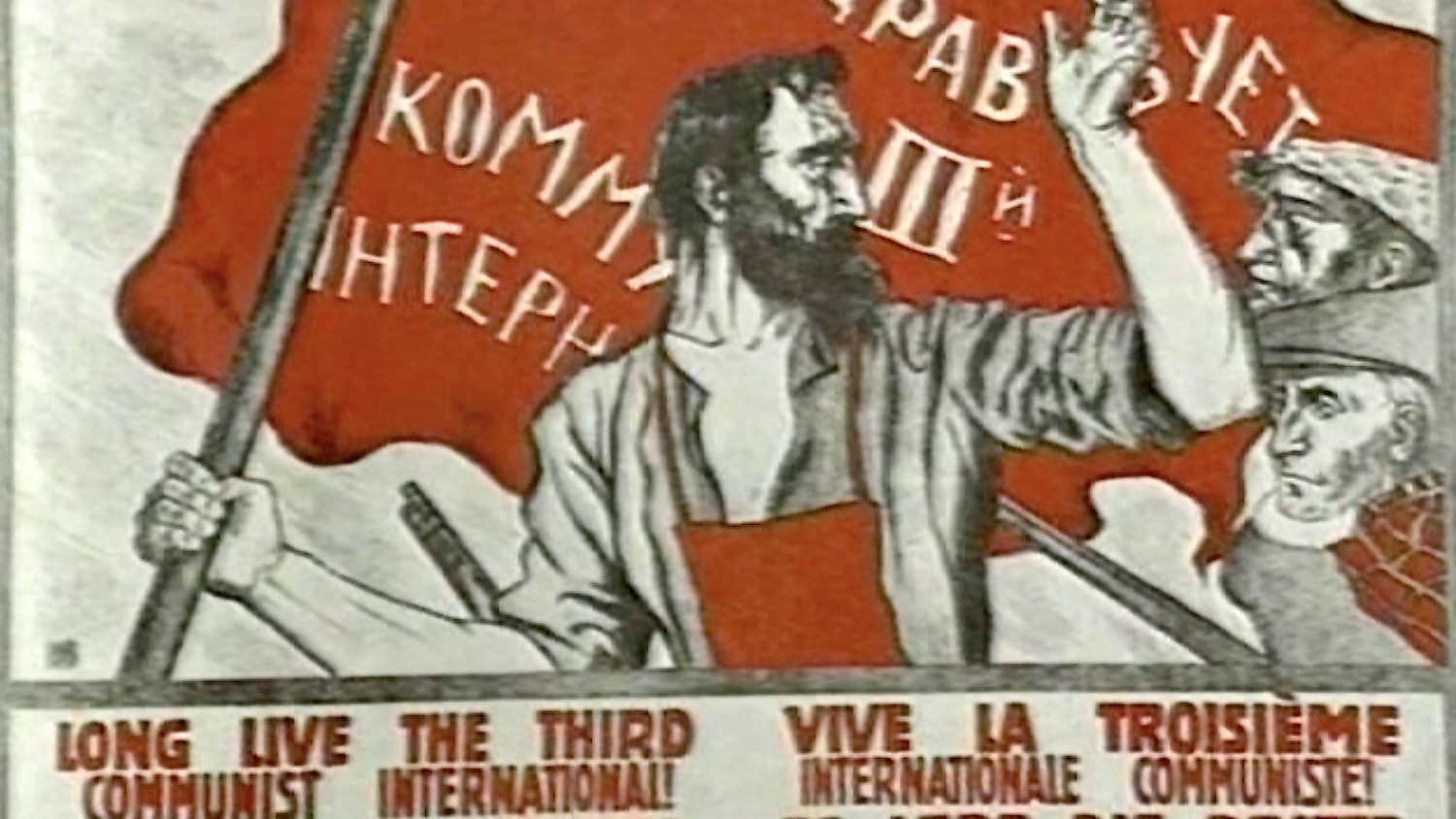 Ignace Reiss, Life and death of a revolutionary
By: Daniel Kunzi | CH

On September 4, 1937, Ignace Reiss was found riddled with bullets near Lausanne in Switzerland. It was a Soviet secret agent who decided to break with Stalin, horrified by the purges that led to the death of the leaders of the Bolshevik revolution. Four NKVD teams set out to find him to assassinate him! 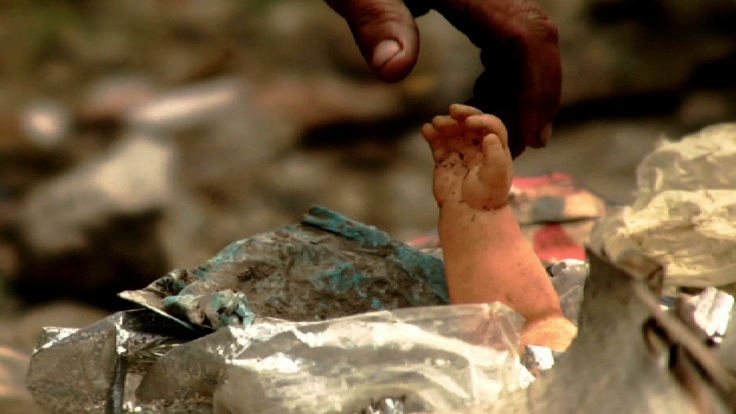 Reparando
By: Scott Moore | US

Shorty, who is a former gang member, and Tita, who escaped an abusive marriage, join forces to help repair the next generation in their community and their country. 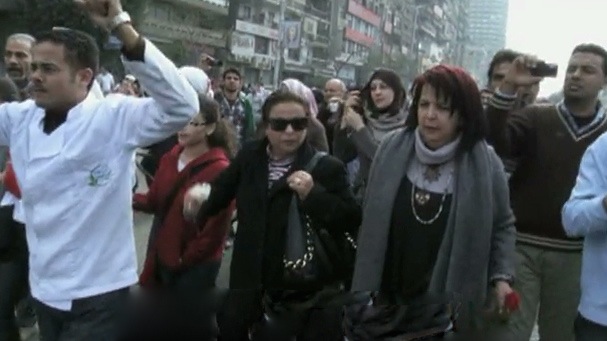 Lady of the Square
By: Adel Algammal | EG

This documentary offers a women’s picture of the Egyptian revolution. We are in Egypt, between Cairo and Ismailia, two revolutionary cities. Four women taking part in the revolution tell us their experiences. The film emphasizes the role of the women in such a changing period. 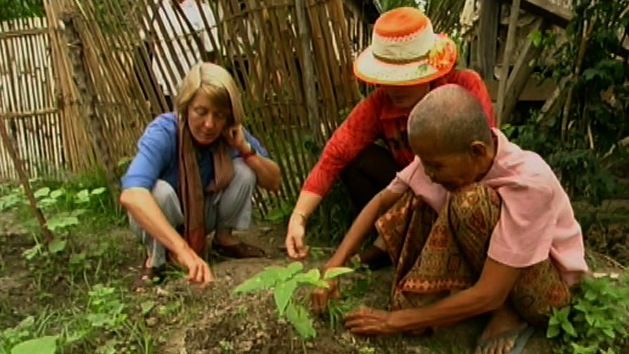 The Garden at the End of the World
By: Gary Caganoff | AU

"'The Garden at the end of the World' is a film that is both a documentary and a travelogue of a journey through a ruined land. It is stark in its contrasts of the impacts of war with the everyday lives of people trying to create new lives, of ruined city and the bare beauty of the mountains, of the conditions in the country and the efforts of one woman small of stature but big of goodness in doing her small part to put things right.” (Russ Grayson – Journalist) The film, by award winning Australian filmmaker Gary Caganoff, portrays the lives of the hardest hit, the widows and orphans, who number in tens of thousands, following two remarkable Australian women; humanitarian, Mahboba Rawi, and internationally recognised perma-culturalist Rosemary Morrow, who offer alternatives to the reconstruction efforts that have clearly not worked. Through these two remarkable women, Caganoff elicits stories and images of Afghanistan rarely seen before. Neither sentimental nor sensational, the film is remarkable reaching into the depths and complexities of war torn Afghanistan.

DISCOVER NEW FILMS EVERYDAY! PRESENT YOUR FILMS IN THIS COLLECTION!

Send Funds to This Film-Project/Team?

Current Suggestions :
(from Wikipedia + other sites)

This Storyteller has yet to share/set a wallet
the direct fund transfers. Shall we send an email
request on your behalf?